What’s on at Vue Cinema Halifax this Easter Weekend? 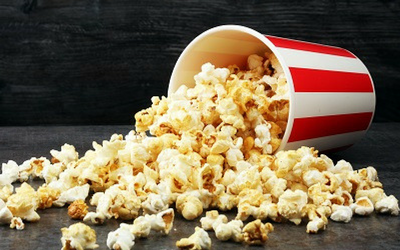 The hard slog between Christmas and Easter is almost over, and over the next couple of days the holidays will hit, and the kids are off school – so what is going on at Vue Cinema, Broad Street Plaza to keep you entertained?

There are some brilliant films out right now that are great fun for the whole family, and with the now Vue cinema have cut their prices down to only £4.99 per adult.

We have all been waiting for Disney’s latest film ‘A Wrinkle in Time’, where a young girl is visited by three magical women who grant her access to the entire universe to help her find her father. Starring Reese Witherspoon,  Oprah Winfrey, Mindy Kaling and Chris Pine.

It’s a tale we have all grown up with, and now Peter Rabbit is coming to Vue cinema in a new adventure. Voiced by James Corden, Peter lands himself in hot water when he sneaks into Mr McGregor’s garden.

And, there is still time to catch Early Man – a new film from the creator of Wallace and Gromit. Set on the cusp of the Bronze Age, a determined caveman fights to keep his home – voices by Tom Hiddleston and Eddie Redmayne.

Plus, don’t forget that with your Vue cinema tickets you can get 20% off your meal at Frankie and Benny’s on the same day!

Take a look at the available films and their showtimes.